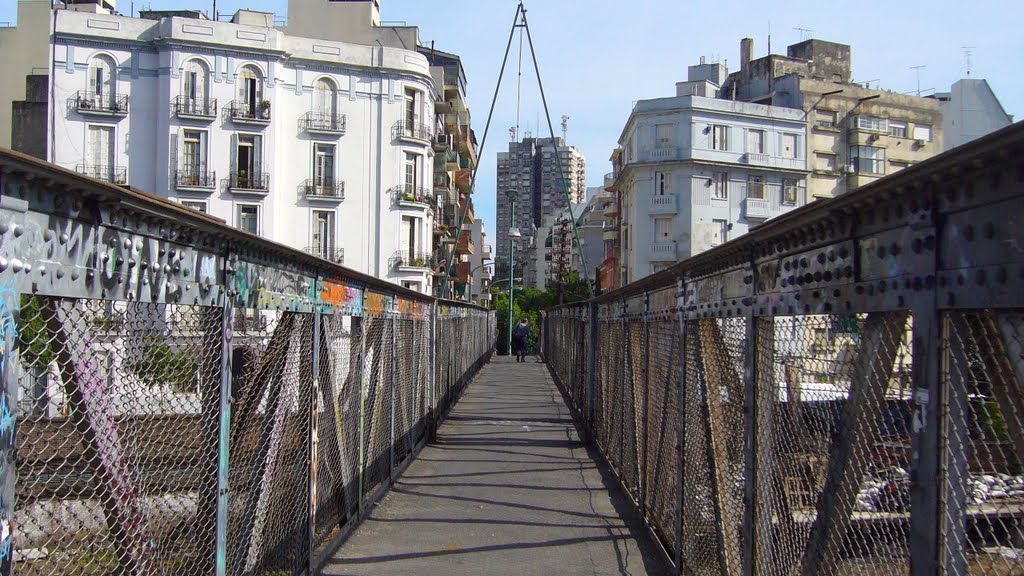 Palermo is a big neighborhood, with thousands of: clubs, bars, clothes shops, restaurants, bookstores, design stores, in brief: all kind of stores. Originally, Palermo was a neighborhood with more houses than stores and, as many neighborhoods in Buenos Aires, without buildings.

Today, as you can see (in real life of Google), Palermo is the center of touristic flats, for example. Its comfortable living there, because you can go down of your flat, get a steak, get a beer, buy a book, drink coffee, see the graffitis, walk in very old streets called “pasajes” and a lot more.

So, we think that for know the real Buenos Aires and learn Spanish here, you must know other districts. Our favorite neighborhood is Almagro. There you can find also all kind of shops, but is not all together and is more similar to a common neighborhood. In Almagro for example are the best “off” theaters. If you’re advanced in Spanish language, you can enjoy very alternative plays. Or you can go to “Lo de Roberto”, a very local bar with unexpected tango shows a cappella. If you want to take Spanish classes in Buenos Aires with us, we can go one day to Parque Centenario. This park is in the middle of Caballito and Villa Crespo neighborhoods. There you have, beside of the green environment, kiosk of used books, and on Weekend you have an extraordinary fair.

If you’re daring you can take a bus or just an uber and go to Parque Chacabuco. This park located in the neighborhood of the same name. It is the third largest green lung on the surface after the forests of Palermo and Avellaneda Park. In the park you will find a beautiful rose garden with paths surrounded by flowers and diverse trees; and a wide fountain with several jets of fresh and crystalline water; with benches distributed on its red paths of chopped bricks.. Various buildings were built inside the park where schools, kindergartens, retired centers, coffee shops. There is also a sports center open to the community that among other activities has an outstanding public chess school and a historic merry-go-round on Assembly Street. Under the highway is the Adán Buenosayres cultural center, highlighted by the cultural diffusion it promotes.

So, go to Palermo and do everything, try the shops, the food, the graffitis, the night, the clubs. But after, please, join us to know the real Buenos Aires beyond Palermo. Learn Spanish in Buenos Aires with Wanderlust will change you travel.