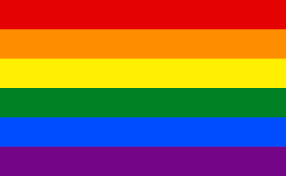 In this city you will find a mix between the elegance of the Europe capitals and the spirit of South America . The city was founded by immigrants that came mostly in the XIX century from Italy, Spain, France, Germany, UK, etc. Visiting Buenos Aires, you will experience a sort of “deja vù” of Europe while you explore the grand boulevards, expansive parks, magnificent architecture, and ever-changing fashion of Argentina’s beautiful capital.

We encourage you to take a gay walk through Buenos Aires neighborhoods like Recoleta, Palermo (Soho, Hollywood, Las Cañitas), and San Telmo you’ll be persuaded that you’re in the Paris 16th District. Porteños, -as Buenos Aires citizens are called-, feel with a sort of pride being the most European of South American.

As in all the capitals of the world, Buenos Aires is not like the rest of the country. Buenos Aires is a world apart, with its specific characteristics of a great metropolis and its own peculiarities. Today, the great Latin American capitals turn out to be a striking and welcoming place to live for people of the LGTB + community. But what are the peculiarities of Buenos Aires? Is queer Latin America really what everyone says?

It is true that Argentina and especially, Buenos Aires, are presented as a place with rights conquered by the movement: the city has many mass events associated with the LGBT + community. The best known is probably the Gay Pride March, which is organized in November, just like the Queer International Tango Festival. Queer Tango seeks to stop associating the sex of the roles imposed in this dance. Finally, the Buenos Aires Diversa festival, which takes place in August, articulates a multiplicity of spaces where talks and events related to the LGBT + community take place.

Today the term queer gained ground in front of “gay-friendly” because the community does not want to feel accepted, but wants to feel visible and respected. It does not look for places where they can express themselves, but places where they feel visible. Buenos Aires is not Argentina, since in the rest of the country the rights won are much less. But still there is a community that fights to develop a less discriminatory and more diverse and dissident country.