How to say Sentences in Spanish 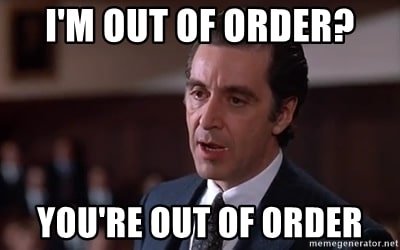 Welcome pals to another session of Spanish grammar! Today’s topic is sentences in Spanish. Will they be complicated? Awfully long? Or maybe splendid, magic, full of mysteries? How will I ever know? Let’s see!

As a Spanish native, we are aware that our language isn’t the best to learn. Even us have trouble finding a word, or how to structure a sentence. But as I say to myself and others: All you need is just a little patience. First of all, you have to acknowledge that English and Spanish are not the same. They come from different backgrounds. Whereas English is associated to Germanic tribes and Anglo-Saxon roots, Spanish has more to do with Latin. So Portuguese, French and Italian are sometimes similar in meaning or concepts to Spanish. Isn’t it too dreamy?

When I think of language, I like to think of it as a struggle. As a matter of fact, Spanish language has its roots in the wars between Latins, Romans and Greeks. The result of all that bloodshed is our language. One that is constantly changing, moving, evolving, like people. Because language belongs to the people who inhabit it. Am I right?

Spanish grammar is something beyond our reach. Here we explain you a bit more, but trust me, you will need lessons to fully comprehend its deviate structure. When in Spanish grammar, do as the Spanish: follow your instincts. If your heart tells you that some sentences in Spanish don’t work that way, maybe you should listen.

Be extra careful with the syntax order, that would be the first rule to not get lost in the woods of Spanish. In English, especially as natives, you know how to write a sentence or how to make your way around an indication or a question. In Spanish, things get nasty. We can skip the subject, have very different prepositions than the ones you use in English, be out of order, make a whole mess in less than 2 seconds without you even realizing it. So, hold your horses!

Something funny: “sentence” is phonetically similar to “sentencia” in Spanish which means punishment assigned to a defendant found guilty by a court, or fixed by law for a particular offence. The Spanish word for “sentence” is “oración”. We could think, then, of a sentence as a sentence (pun intended!). Instead of a punishment, a sentence in Spanish says something, it splits the silence in half and nothing will ever be the same after a sentence is pronounced or written. Just remember the Bible: “And God said and there was light”. Boom! A new world began.

I’ll give some examples, so you can follow my train of thought:

“Hola, soy tu profesora de español y vamos a aprender muchas cosas.” In English this would mean “Hi, I am your Spanish professor and we are going to learn a lot of things”. You see, in English the subject is MANDATORY, here’s no need.

“¿Querés que te ayude con algo?” would translate as “Do you need help with anything?”. In Spanish when we ask something, we go straight to the question, without any “do” as an auxiliary verb. Also, we use the two interrogation signs (¿?). Yeah, we’re annoying.

Uf, we have learnt a lot, haven’t we, amigues? To carry on this amazing Spanish adventure, take a free lesson at Wanderlust Spanish Online! You won’t regret it, for sure!