Why we love Latin América? 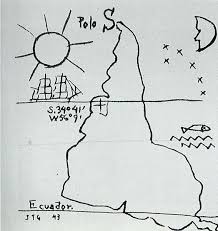 Why we love Latin America? Latinoamérica is not only our house but is too a place full of histories and resistance.

After Spanish conquer and the implementation of the “Virreinato” (the old form to say colony), this land was organized in different territories and drawing up the identity of this new nations. Even though the conquer murdered many people, the couldn’t remove out roots.

Spanish language is one of our conquer elements but it’s at the same time a bridge that unite all our nations in Latin América space. Each Spanish spoken in the different countries has their particularities, thats because the language of the conquerors mixed with the previous languages (the native ones). But its also because of the different origin of immigration

Why we love Latin America?

So if you learn Spanish in Buenos Aires you’ll be able to understand all people in this huge territory. And maybe you’ll be fascinated (like us) of listen their different histories. Their different sensations and flavors. Their different problems (we all have the same problem: we are countries with a high porcentaje of poorness).

A travel through Latinoamérica will show you many people with a millenary history behind. The natives still resist and had their own language, costumes and habits. This habits still reflects in food, religion, ceremony, organization.

Because of this millenary history behind we are what we are now: a big continent with the same spirit of multiculturalism, as the natives were before Spanish conquer. Each country has many native nations inside.

That wealth is what we love. Infinite histories to tell. Infinite revolutions. Learn Spanish in Buenos Aires with Wanderlust is not only know language but also why we talked like that, the reasons, the diversity of the language and food and habits.

In this language school we want you to feel like home too, like you’ll feel if you continue your journey to other countries. We have travel across Latinoamérica more than once (and we keep doing it) so we can share with you our experience. We think the best Spanish school in Buenos Aires is not the most expensive and popular, but the one were you feel confortable and in confidence to be as you want to be.

Learn Spanish is not only know language but also art and history. Latinoamérica is rich in that area. From Frida Kahlo painting to Eduardo Galeano writing the vision of the world in arts pieces is a journey to the history. And for that aim Buenos Aires is very powerful, take Spanish lessons and live one of the cities with more offer in theatre, cinema, bookstores, poetry events and music shows in the world is an unique experience.

We wait for you to join us to this lovely journey that is live Latinoamérica.