Best movies to practice your Spanish 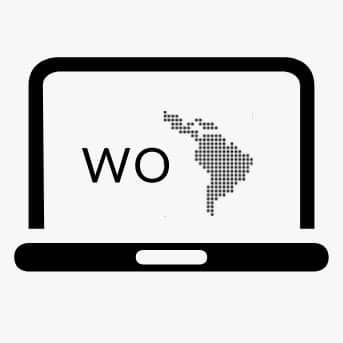 In this quarantine, Wanderlust brings you the best movies to practice your Spanish. Learn to perceive the texture and vibrations of Spanish and Latin American cinema in their original version.

We all know the magic that cinema transmits. Because the cinema transports us to another world, for a while. And from there, we can observe ours, comparing, imagining. So, what better way to learn Spanish than from the aesthetic visions that this rich and diverse culture proposes?
Also, the diversity of accents and intonations that you can find in the cinema will make your ear tune and you can travel calmly, remembering this or that moment of that movie that you loved and remembering the exact words, in the original version.

Also, it’s important to know the culture through those who produce it. Because fiction comes from reality and reality becomes fiction (what better example than this quarantine?). Points of view also help analyze the idiosyncrasy of a person. The classics and also independent cinema are reflections of history and culture.
Taking a Spanish course is also encouraging you to communicate in another language with the outside world and also to start feeling, reflecting, and vibrating Spanish in all its expression!

This is a list of the best movies to learn Spanish according to Wanderlust Spanish:

1- Dolor y Gloria. Pedro Almodovar. Spain. 2019:
“Dolor y gloria” narrates a series of reunions of Salvador Mallo, a film director in his twilight. Some of them physicals, others remembered: his childhood in the 60s, when he emigrated with his parents to Paterna, a town in Valencia in search of prosperity, his first wish, his first adult love already in Madrid in the 80s, the pain of the breakdown of this love when it was still alive and throbbing, writing as the only therapy to forget the unforgettable, the early discovery of cinema and emptiness, the immeasurable emptiness before the impossibility of continuing to shoot.

2- La ciénaga. Lucrecia Martel. Argentina. 2001
La Mandragora is the name of the farm where Mecha, a fifty-year-old mother of four married to a husband who dyes her hair, lives. Tali, Mecha’s cousin, also has four children and a husband. He lives in La Ciénaga, a city in the Argentine northwest. Two accidents will reunite these two families in the field. There they will try to survive a terrible summer.

3- Fresa y chocolate. Tomás Gutierrez Alea. Cuba. 1993.
In 1993 Cuba, two men – a mature intellectual and a young man who defends the ideals of the revolution – meet and face throughout this history, their convictions, training, and even sexual preferences. One prefers strawberry ice cream, the other chocolate; Despite their disagreements, they can live together in peace, but the society in which they live hinders this possibility at every step.

In the words of the director of the film: “Mexico City is an anthropological experiment and I feel part of it. I am just one of the twenty-one million who live in the largest and most populous city in the world. No man in the past ever lived (rather survived) before a city with such levels of pollution, violence, and corruption, and yet she is incredible and paradoxically beautiful and fascinating, and that is Amores Perros: the fruit of that contradiction. “

5- Una mujer fantástica. Sebastián Lelio. 2018. Chile
Marina and Orlando love each other. They love each other like all lovers to whom life offers a second chance. So, on their way to the hospital, between panic and unconsciousness, they both see the plans for their new life disappear as suddenly as the Orlando aneurysm that no one could see coming.