The trickiest letters in the Spanish alphabet 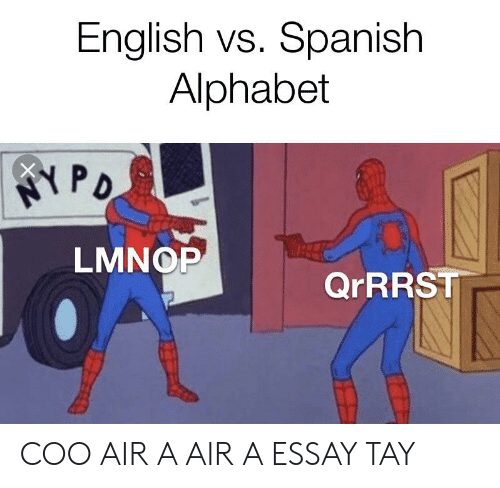 The trickiest letters: a grammar introduction

What do we mean by “The trickiest letters in Spanish alphabet?” What kind of sorcery is this? As a Spanish native, let me tell you one thing: Spanish is already a trick. Could there be any more tricks within the trick? Yes, absolutely yes.

Now that you know how many letters are in the Spanish alphabet, we can start talking. Or pronouncing, or speaking, or everything altogether, amigues!

A little refresh about pronunciation

Do you remember anything about Spanish and its pronunciation? Check this table to refresh your memory:

Which are the trickiest letters in Spanish alphabet?

I think we are afraid of the unknown and that’s the reason why Ñ seems to be a mystery. Just try to use it every day, with your nose especially. My theory is that Ñ is better pronounced with your nose, like something bothering you there, about to sneeze. Ñ in your soup, in your breakfast, Ñ for president.

What about “H”? While in English we pronounce it a lot, with emphasis, with all the fury in our hearts, H in Spanish is silent. But written next to a “C” it’s “CH” and it’s the beginning of the most beautiful words ever written (and eaten!): Choripán. Yummy! Also, you can find “H” in “Helado” (Spanish word for ice cream). Mmm…

Because Ñ is written in a different way than the other letters. It has that symbol upon the N and it’s similar to that letter. The best way to not mix them up is to use Ñ in different sentences and see it’s application in daily life.

Again, the cultural difference. In Spanish we pronounce the words as they are written, whereas in English, German or French, they have different pronunciations according to the combination of letters.

Wanna dive deep into the Spanish oceans? Maybe you could check our Instagram account, where we host Thursdays of Spanish grammar. And if you’re willing to keep expanding your mind, just try our free Spanish lessons at Wanderlust Spanish Online!

PrevPreviousHow many letters are in the Spanish alphabet?
NextHow do you say love in Spanish?Next