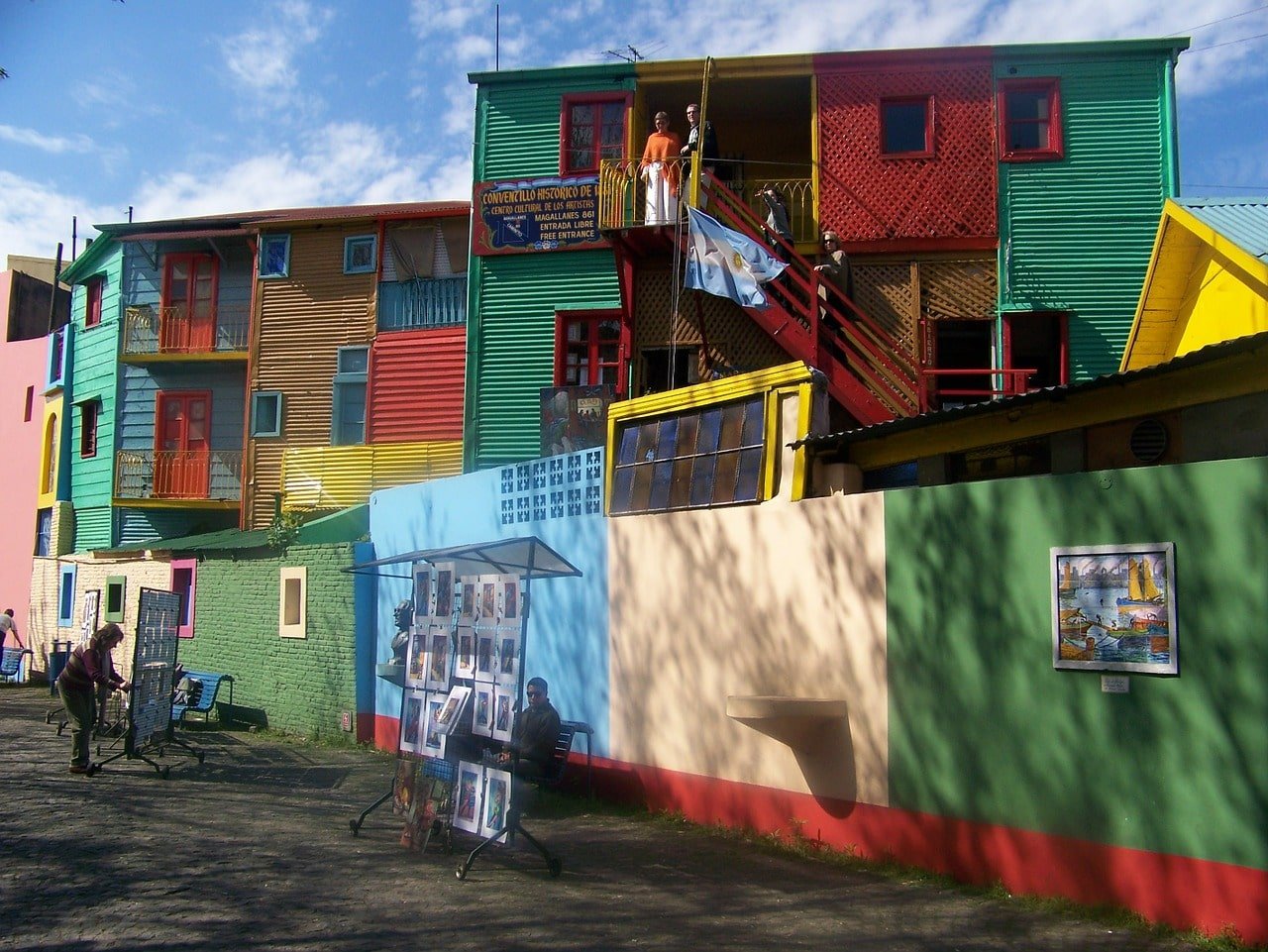 But we will make the attempt because in Wanderlust Spanish we want you (in addition to taking Spanish classes in the best Spanish school in Buenos Aires) to know the most beautiful and interesting places in the city.

Buenos Aires is famous for its architecture, urban planning, parks and especially for its culture.

So, in this post we will try to give you some recommendations to know each of these important parts of the city.

We recommend doing the tour in Spanish, once you have taken some Spanish lessons at our school. In this way, the tour will have the double flavor of knowing the history of the places you are visiting, in the language in which that history occurred.

As for architecture, it is imperative that you know at least one of these places:

The Kavanagh building: We strongly recommend that you do the guided tour, because the story we are going to tell you deserves to be heard by those who know. Opened on January 3, 1936, with its 120 m was at the time the tallest reinforced concrete building in South America. But that’s not all. The history behind it construction is the real gem. Some people say its a myth but, what is our history made of, but of myths?

The Kavanagh Building was inaugurated on January 3, 1936. The legend that revolves around its origin is well known: it is said to be the work of a conflict between two families of money. Corina Kavanagh reportedly ordered its construction after Mercedes Castellanos de Anchorena prohibited him from maintaining a relationship with one of his children. They say, then, that this 120-meter building was born with the purpose of hiding the Basilica of the Blessed Sacrament that the Anchorena had ordered to build and which they saw perfectly from their mansion, what is now the San Martín Palace. Apparently, Corina, in revenge for her frustrated romance, bought the land and started the construction of this building and thus eliminated any possibility of seeing the church from the top of the Retiro neighborhood.

According to experts, the rationalist values that it has and its art deco volumetry, the idea of bow or urban viewpoint towards the river, are what differentiate it and qualify it as one of the masterpieces of Argentine rationalist architecture, and Latin America.

Palacio Barolo: The Barolo Palace makes reference and homage to the Divine Comedy of Dante Alighieri. It presents a unique architectural style with a mixture of neo-Romanesque, neo-Gothic and the dome, with its unique Hindu style, from the Bhubaneshwar region that represents the tantric union between Dante and Beatriz, the protagonists of the Divine Comedy.

The Barolo Palace (also called Barolo Passage or Barolo Gallery) is an office building located on Avenida de Mayo, in the Monserrat neighborhood, in Buenos Aires, Argentina. It was designed by the Italian Mario Palanti and inaugurated in 1923.1 2 Until the 1930s he was the tallest in the city and in South America, as was his twin brother, the Salvo Palace, built by the same architect in Montevideo. In 1997 it was declared a National Historic Landmark.3 It includes numerous analogies and references to the Divine Comedy, by the poet Dante Alighieri.2 He pioneered the use of reinforced concrete within a peculiar eclectic style. On the cusp it has a lighthouse with 300,000 spark plugs. It is 100 meters high, occupies an area of 1365 square meters and its front is 30.88 meters

The Italian architect Mario Palanti built this palace at the request of the textile businessman Luis Barolo, even designing the detail elements such as doorknobs, lamps and cages of the elevators, in a case of authentic integral concept.

Between July 7, 1923, date of the inauguration, 1 and 1935 it was the tallest building in the city, having been displaced from first place when the Kavanagh was built. Its height in meters is comparable to that of a twenty-fourth floor today.

The construction for its time was a great innovation for the artistic use of reinforced concrete in a peculiar eclectic style (called by many “romantic”) reminiscent of Gothic and especially the Islamic art of India.

The Barolo is inscribed within currents such as art nouveau or art deco, but it is actually a unique piece of its kind, made in its own style cultivated by Palanti.

Teatro Colon: The Colon Theater in the city of Buenos Aires is considered one of the best theaters in the world. Recognized for its acoustics and the artistic value of its construction, he turned 100 in 2008.

The building, in its own eclectic style of the early twentieth century, covers 8,202 square meters, of which 5,006 correspond to the central building and 3,196 units under the level of the Arturo Toscanini passage (adjacent to the theater building, parallel to Viamonte street) . The total covered area of the old building is 37,884 square meters. The extensions made later, especially those of the late 1960s, by architect Mario Roberto Álvarez, totaled 12,000 square meters, bringing the total area of the Colon Theater to 58,000 square meters.

The main hall, in the shape of a horseshoe, meets the most severe standards of classical Italian and French theater. The plant is bordered by boxes to the third floor. The horseshoe is 29.25 meters in diameter smaller, 32.65 meters in diameter and 28 meters high. It has a total capacity of 2,478 locations, but around 500 people can also attend the shows. The dome, of 318 square meters, had paintings by Marcel Jambon, which deteriorated in the thirties. In the 1960s it was decided to paint the dome again and the work was commissioned to the Argentine painter Raúl Soldi, who opened it in 1966.

The stage has an inclination of three centimeters per meter and is 35.25 meters wide by 34.50 deep, and 48 meters high. It has a rotating disk of 20.30 meters in diameter that can be electrically operated to rotate in any direction and quickly change the scenes. In 1988, works were carried out to modernize the scenic machinery in the grills sector, in order to facilitate the handling of the sets and speed up the scene changes.

The orchestra pit has a capacity for 120 musicians. It is treated with a resonance chamber and special sound reflection curves. These conditions, the architectural proportions of the room and the quality of the materials contribute to the Colón Theater having exceptional acoustics, recognized worldwide as one of the most perfect.

We are waiting for you in Wanderlust Spanish to show you more about our city, our Spanish language, our way to teach, and our culture.

Learn Spanish in Wanderlust is know a lot more, beyond just grammar and speaking.