Do you know the Argentine flag? 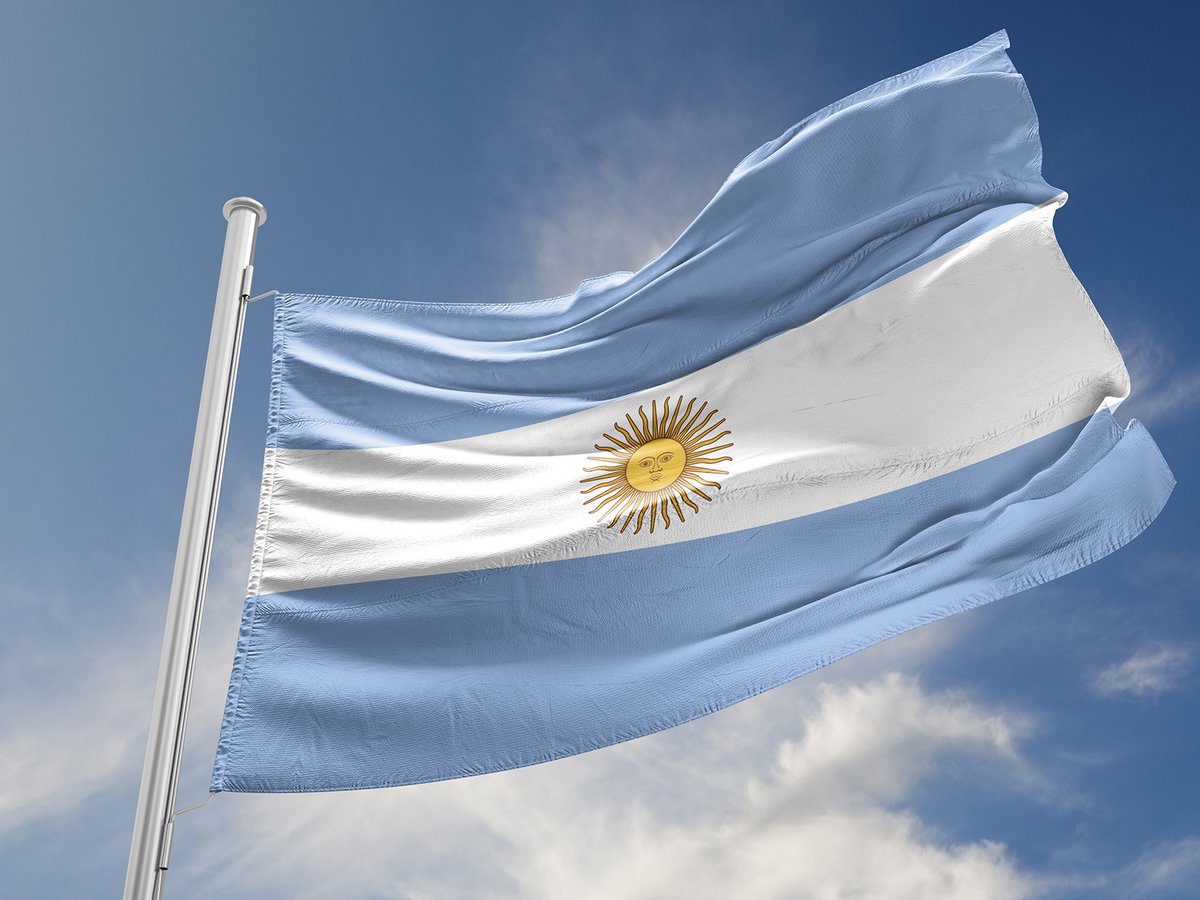 Hola, amigues! To know the culture of a country, you have to know all about its history, right? Today we’re getting involved with the Argentine flag: when it was created, why, its symbolism and more! Come on, join me in this adventure!

First things first, Argentina is a very baby country. I mean, our history as an independent country is only 200 years old, whereas European countries have a long way to go. Anyway, while we were a part of Spanish kingdom, we struggled for our independence. That was an extremely harsh journey due to all the political issues at stake. What were we going to do? How to free ourselves from slavery? How to start a new country from scratch?

Well, after a series of conflicts, in 1810 there was it: the May Revolution (Revolución de Mayo). A lot of people gathered in the Cabildo (you can see it in front of Plaza de Mayo, a historical venue in Buenos Aires) and claimed for a new government. A dream was born: the dream of an independent country that, eventually, was going to be Argentina.

Two years after that claim of justice, Manuel Belgrano created the Argentine flag. Who was him? He was a lawyer seriously committed to the independence of Argentina. In order to do that, there were a great deal of wars between Latin American countries (for instance, between Perú and Argentina). So, in 1812 Belgrano had a mission: the Argentine flag. How was it going to be? What colours should it have?

Some say that its colours were to honour the Spanish Bourbons, but I don’t think so. I’d rather stick to the mythological version of it. Belgrano saw the sky and decided that Argentina must have those colours because they represented freedom. A clear blue sky with a shining sun, symbolising that after every storm, the sun always rises.

Songs about the Argentine flag and more

The Argentine flag carries in it different symbols that conform our identity: choripán, Maradona, Evita, pizzerias, mate and a very endless list. Altogether, Argentine culture is a combination of Native Latin American traditions, European origins and the particular flavour of living here.

Our flag appears on football matches, on marches, and first of all: in school. Like any other country, we have hymns devoted to our folklore and there’s one for the Argentine flag. In fact, there are more, but this one is the one I love the most because it emphasizes the main quality of the Argentine flag: its freedom.

Even more, at ten years old, every kid in Argentina must make a pact with the Argentine flag. In that ceremony, you compromise yourself to serve the country. It’s a bit strong, isn’t it? But think about it: the flag appears in every important commitment in your life, such as graduations, national holidays… It’s part of who we are, in a way.