Asado: discover the history and tips 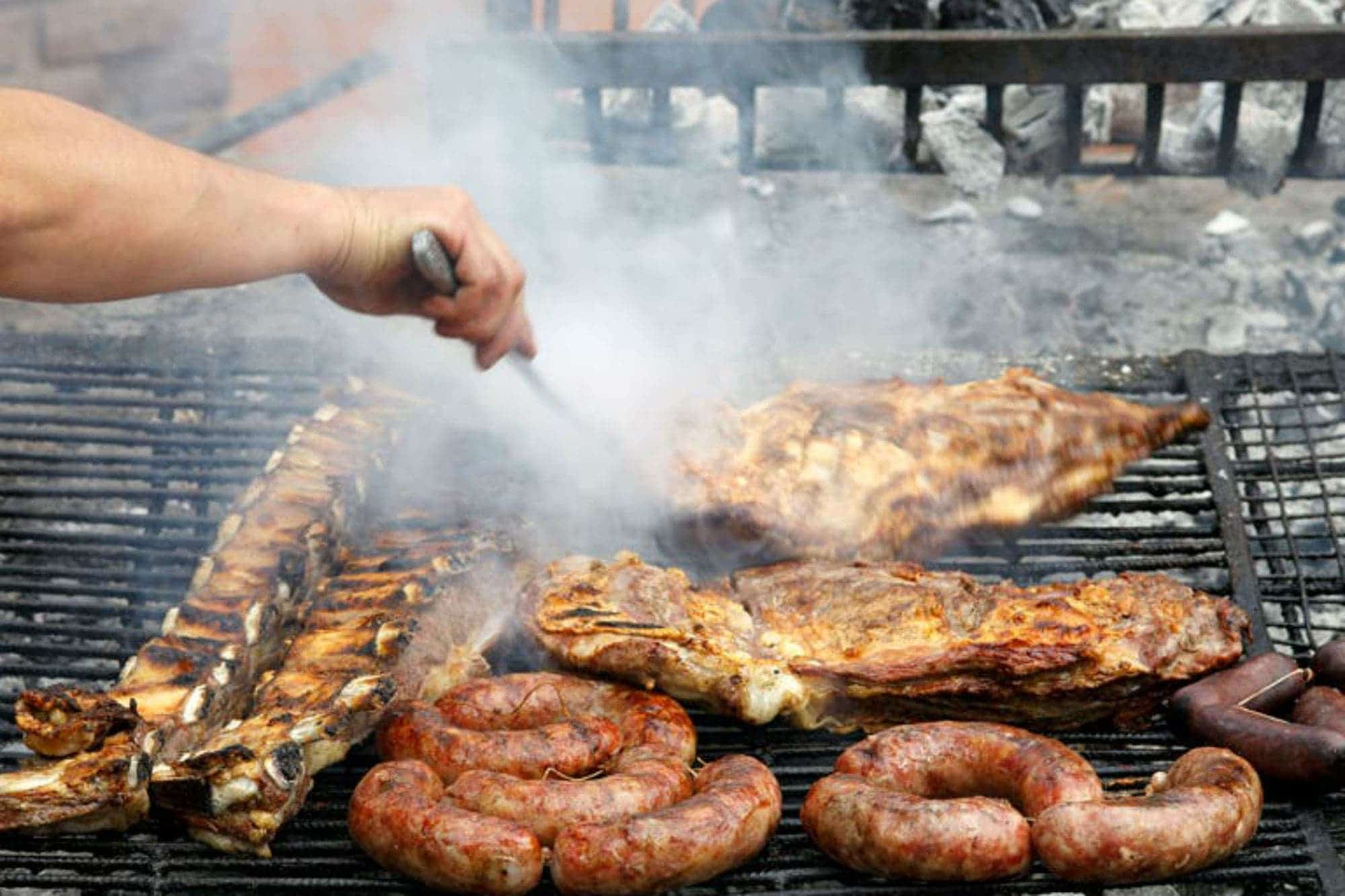 MMM…my mouth is watering right now. Do you know what an asado is? Some call it barbecue but it isn’t the same thing… Just prepare your knives and forks and let the feast begin in this article about Asado: history and tips!

Never a barbecue, always an asado

As you can see, this piece is not for vegan or vegetarian friends. Sorry pals, but in here you will find a lot of meat cuts, flesh and bones and you don’t want that. Although, there are some vegan / veggie barbecues (and they’re delicious!) today is all about the Argentine asado.

Where did asado origin? It all began in 1556 when the first cows arrived to the Virreinato del Río de la Plata (Río de la Plata Viceroyalty). They started to fed on the green pastures there and by the end of the XVIII century, there were almost 48 millions cows. Gauchos chased the cows and ate everything they could: matambre, caracú, even their tongues. In those first times, they didn’t eat meat with salt, but however, it’s interesting how they ate it back then. Gauchos dug a hole in the ground, put some charcoal and fire, and grilled meat over that little fire. English historians were amazed just looking at Native Argentines eating meat, because within a group, they could grill an entire cow without blinking.

So, asado would be a tradition from the countryside, not the city. Between 1870-1950, when there was a huge immigration wave from Europe (Italy and Spain, mainly) and everything changed. People traded their traditions from all over Argentine and between these worlds. That’s why in Buenos Aires there are tons of pizzerias and on Sundays we eat pasta. Or if you dig deep, you’ll understand the roots of our actual language as a combination of Italian and Spanish slang. We can say, for sure, that asado is a mix BUT is Argentine as choripán. 100% guaranteed.

How to eat an asado and other wonders

All you need to know about asado is that you have to feel it. Right now, while I’m writing these words, I can tell you that asado is a feeling. It is the celebration meal, the ability to get together some friends, some wine (or beer) and break bread together. It’s all about the togetherness. You cannot eat an asado alone, because asado is family. It will never leave you alone. Unless of course, you’ve just had a meal and there are some leftovers in the fridge and you want to have cold asado for breakfast. You go, girl!

Tip #1: Trust your instincts (but also, a very good butcher). People can look at your face in Argentina and try to take you for granted. Don’t let them! Just be sure about the cuts. Mostly, we eat cow meat, but there some cuts (like the amazing bondiola) that comes from the pork. Check this image:

My favourite cuts are “vacío” (flank), “lomo” (loin) and “entraña” (skirt steak). Also, we need a whole new chapter for “achuras”. They are the greasiest, still most awesome parts of asado. While you wait for the meat to be ready, you can have some.

Tip #2: Add salt and spices to the meat BEFORE YOU EAT IT. Don’t do it afterwards, you will regret it. Here you can check two videos by Locos x el asado that teach you the good stuff: how to grill vacío and how to cook achuras.

Tip #3: Learn from the best and eat at good restaurants. My favourite parrilla restaurant in Buenos Aires is El Ferroviario. Uf, so many good memories…

Are you feeling hungry? Me too! If you want to know more about our delicious recipes, check our Tuesdays of Latin American culture on Instagram. Also, if you’re hungry for some Spanish lessons, there’s no better place than Wanderlust Spanish, trust me!