How to say What’s your name in Spanish 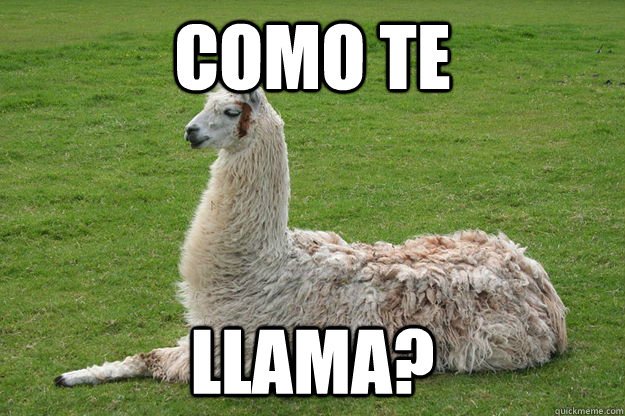 Hello, amores! Today we’ll learn how to say What’s your name in Spanish“. Don’t be shy and get your head in Spanish the game!

What’s your name? in Spanish: some basics

Before we get anything started, let’s refresh some things, shall we? First of all, the key is to not get impatient and remember some words we know, like I love you in Spanish, perhaps? All of those words come to play when you want to learn a new one. Especially if you are learning a new language, you have to immerse your soul in its culture. This means that there are specific ways of doing something or foods, mmm… don’t even get me there, I’m too hungry all the time!

As previously mentioned, retaking on what I was saying before, an open cultural perspective is the key to success. Sometimes we take for granted that some words are the same in different languages and they are not, and they mean totally (even opposite!) different things. Whenever you are travelling or learning a new language, just be careful and pay attention to details like pronunciation, slang, sounds. They might save your life, who knows!

So, moving on to the next thing, we’ll learn how to say What’s your name? in Spanish in order to become a wonderful Spanish speaker. Come on, keep on reading!

How to say ¿Cómo te llamás? and be a Spanish pro

There’s no better conversation starter than a good “Hi!” or a very welcoming “Hello!”. It’s like the other person wants you to know that you’re being saluted and they want to start a conversation with you. Just as plain and simple as that. There are times where we worry or we are too shy: in Spanish, break the ice with “¡Hola!” and a smile. 100% happiness guaranteed. (Or at least, shyness hides away for a bit).

Therefore, let’s go to the next page: “What’s your name?” After saying “Hi!” to a stranger we often ask them their names. The literal translation for that in Spanish is “¿Cuál es tu nombre?”. Something funny: it sounds similar to “number”, do not get confused. “Nombre” is name and the Spanish word for “number” is “número”.

Thus, how does Spanish speakers say “What’s your name?”? Whereas in some regions they go by “¿Cuál es tu nombre?”, frequently used in formal meetings too, in most Latin American countries we ask “¿Cómo te llamás?”. If you translate it word by word, it means “How do you call yourself?” which makes absolutely no sense in English. But in Spanish it does!

Just a quick note: “¿Cómo te llamás?” is the Argentine version, in most countries they use “tú” as second singular person, hence, they ask: “¿Cómo te llamas?” without the accent mark.

Now that you’re rocking Cómo te llamás? What’s your name? in Spanish, are you willing to go higher? What about our free Spanish lessons at Wanderlust Spanish Online? Or check our Instagram where we host Tuesdays of Spanish grammar? Everything is there for you, the sky’s the limit, amigues!

PrevPreviousHow do I type Spanish accents on my phone?
NextHow to say what Are You Doing in SpanishNext