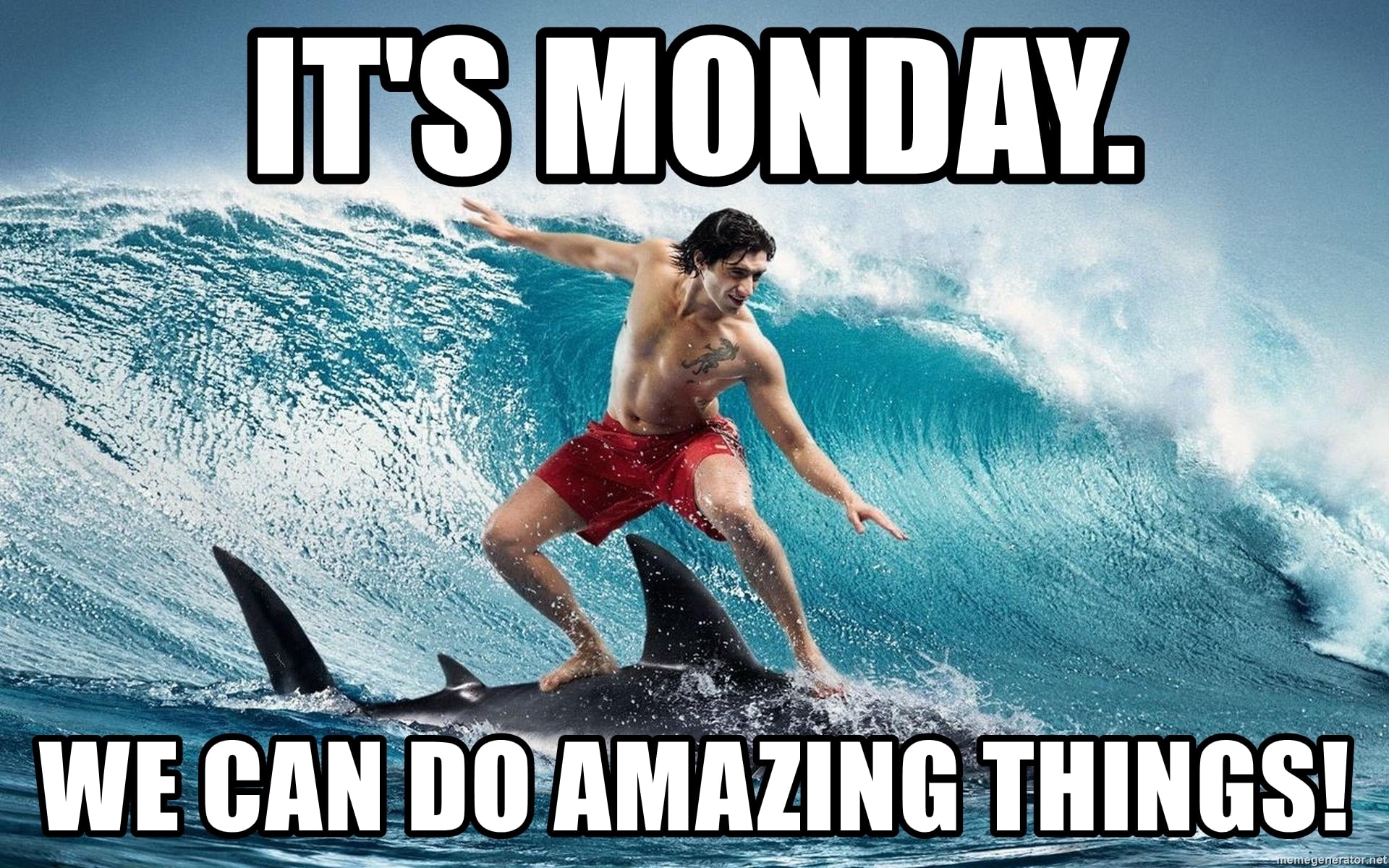 Lunes, the first day of the week

Do you know why days are named the way we know? The Ancients were very keen on observing the sky and decided that the days of the week should be named after stars and planets. I love that this tradition shaped something so key in our lives as days of the week. In English we say Monday, which literally means “the day of the Moon”. In Spanish it’s the same thing! Lunes comes from “Luna” (Moon) and there we go, we have the day. In English we can have singular Monday and plural Mondays, but in Spanish “lunes” works both ways. I find it easier to learn the days of the week with songs, so here we have two of them: Lunes otra vez by Sui Generis and Lunes por la madrugada by Los Abuelos de la Nada. Enjoy!

Whereas in English Tuesday refers to Germanic war god Tiw, in Spanish we also talk about someone devoted to combat: Mars, not the chocolate bar, the Roman and Greek battle god. Therefore, our Tuesdays are “Martes”. Sorry pals, I don’t have a Spanish song related to this day, but I’m thinking of Ruby Tuesday.

Miércoles, in the middle of the week

All the energy emerges in the middle of the week in Spanish, that’s the reason why we say “Miércoles”, honoring Mercury, god of communication and commerce. You can learn Spanish from different songs, here’s one by Juanes that pops “miércoles” in the middle of the rhythm.

Brace yourselves because here comes trouble! Thursday in English refers to Thor, one of the most famous Gods! And its Spanish equivalent, “Jueves” has its roots in Jupiter, THE GOD AMONGST THE GODS. Check this amazing video about him!

Yes, we know! It’s Friday I’m in love! Loooove that song (and The Cure, too!) Here we beg to differ because according to Anglo Saxon roots, Friday means the day of fertility, while in Spanish it’s “viernes” due to Venus, the love goddess. Of course, there’s a song for this day by the fantabulous Alex Anwandter.

Sábado: the beginning of the weekend

I don’t know why, but instead of continuing the tradition of gods and planets, here the Spanish word for “Saturday” it’s “sábado”, which originates from the Hebrew word “shabbat”, the day of rest. However, the English word is amazing too, because it refers to Saturn, one god that ate their children. Also, he is related to Cronos, the time God. Overall, Saturday is a day of joy, so here’s this song to dance in a Saturday night!

What do you do on a lazy Sunday afternoon? Of course, you rest because it’s the day devoted to the Sun, our lord! In Spanish we call that “Domingo” because it comes from the Latin word “Dominus, domini” which means “master, lord, owner”. Sometimes we make some common mistakes in Spanish when we try to translate, so be careful! Also, here’s this beautiful song by Luciana Tagliapietra called “Los Domingos” to embrace the melancholy of the end of the week.

I know, your Spanish abs must be feeling the burn! But keep on working out your language skills at Wanderlust Spanish, you know you like it! Also, we host Thursdays of Spanish grammar on Instagram, don’t miss them!

PrevPreviousAll you need is tango: the most complete guide about tango
NextDifferences between bien / bueno / muy / muchoNext