How to learn Spanish subjunctive in present tense 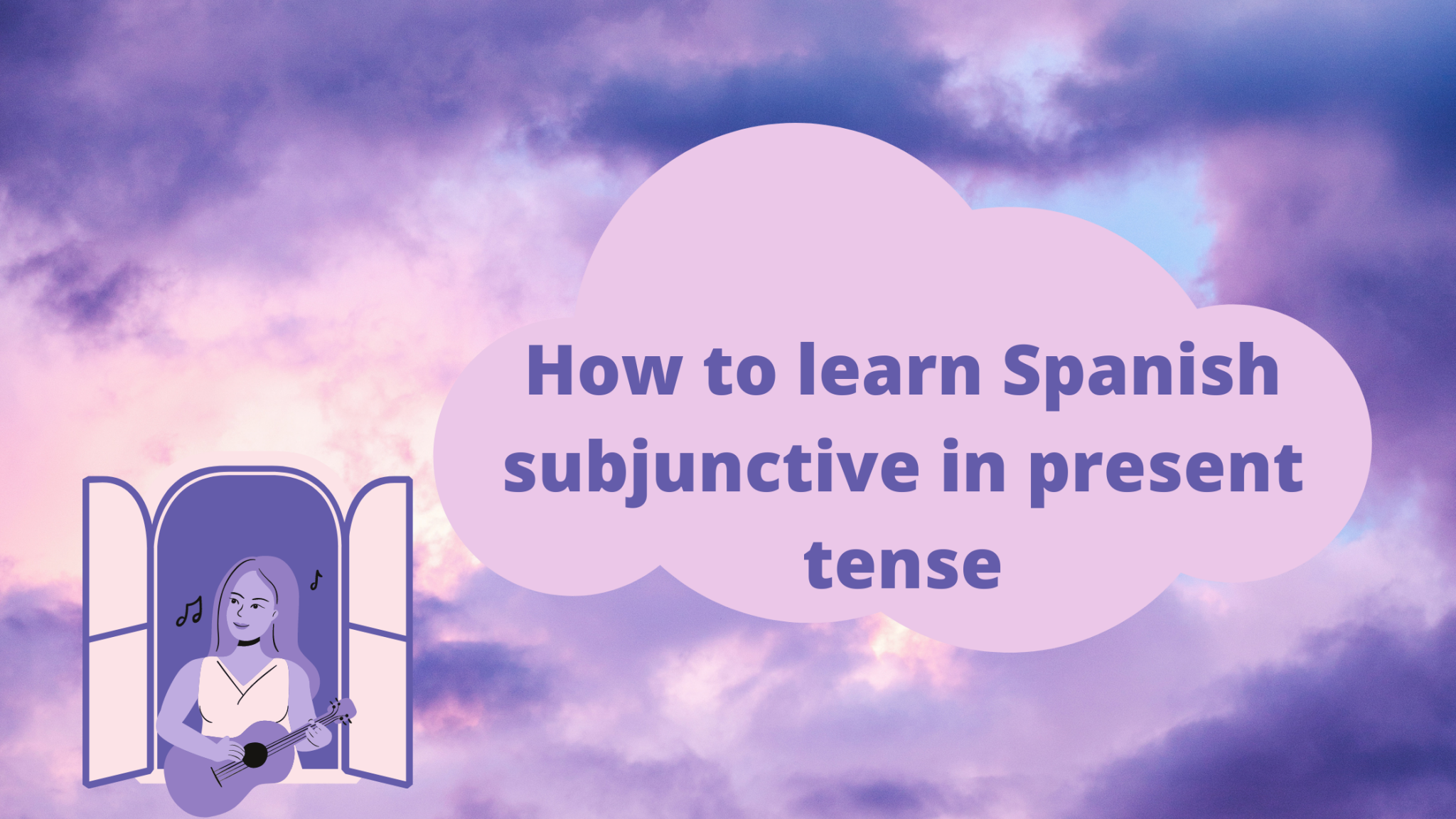 Hello, Spanish lovers! How are you doing? I know Spanish can be a little bit difficult but we are here to learn and enjoy this wonderful language. Our goal today is how to learn Spanish subjunctive in present tense. Are you ready? I’m sure you will excel at this!

A quick guide about Spanish language

We have three ways of phrasing something in Spanish: indicative, imperative and subjunctive. The most common one is the indicative, it literally means that you’re making a statement or asking a question. On one hand, if you want to say “I want to eat cake”, in Spanish would translate as “Quiero comer torta”. It’s the emphasis on the action, on the concrete affirmation of what you want / need / whatever.

On the other hand, sometimes we want to give people directions or forbid something. “Do not cross that street” or stop signs are good examples of this. If you want to say “Walk two blocks and then turn left” in Spanish, you would say it like this: “Camina dos cuadras y después gira a la izquierda” or “Caminá dos cuadras y después doblá a la izquierda” in its Argentine version.

What about Spanish subjunctive?

In English, when we desire, we would say “I wish you a happy birthday”. In Spanish, this would be “Te deseo un feliz cumpleaños”. The concept and meaning is the same, but if we manifest another probability, everything changes. That’s because the subjunctive appears to mess our lives up. “I hope you can achieve your goals” would translate in Spanish as “Espero que puedas cumplir tus metas”.

So, a wild “que” appears. In English that would be the equivalent to the preposition “that”. That single word shifts the sense of the rest of the sentence. The tense is present, alright, but “que puedas cumplir tus metas” expresses a wish, a certain expectation. Hence, the subjunctive.

There’s always a but in Spanish subjunctive

But not everything that glitters is gold. Also subjunctive mode can demonstrate a revenge feeling, like in “Espantapájaros” by Oliverio Girondo. Here’s a fragment of that beautiful and infuriating text:

“That when you want to say: ‘My love’, say: ‘Fried fish’; that your hands try to strangle yourself all the time, and that instead of throwing the cigarette away, it’s you the one on the spittoons.

That your wife cheats on you even with mailboxes; that when she lies next to you, she transforms into a leech, and after giving birth to a raven, she bears a wrench.”

This is the end, my only subjunctive the end

Beautiful Spanish lovers, this article has come to an end. I hope you absolutely enjoy this piece. In Spanish this would be “Ojalá que hayan disfrutado al máximo este texto”, maybe you could listen some “Ojalá” in this awesome song by Silvio Rodríguez:

If you want to keep on learning Spanish you know where to get the best information: here at Wanderlust Spanish!